The term Magna Grecia (great Greece) refers to the colonization of the coastal areas of southern Italy which were colonized by various ancient Greek city-states. The most beautiful relics of these Greek cities lie undoubtedly in Sicily: some historians say that if you want to understand ancient Greece, then you have to travel to Sicily. With this tour delve into the Greek heritage in Sicily and in Greece itself visiting some of the best-preserved spots and soaking in the beautiful Mediterranean sun.

This tour features 14 nights of accommodations in boutique properties (2 nights in Palermo, 2 nights in Agrigento area, 3 nights in Siracusa, 4 nights in Athens and 3 nights in Chania), with full buffet breakfasts. Starting in Palermo and ending in Chania, this tour includes private transportation by deluxe van. A part of this vacation package are also several lunches a dinner as well as different tastings of local delicacies, multiple city tours and day trips, all with English-speaking guides and entrances to listed attractions. Professional English-speaking assistance is provided for the duration of the tour.

Upon arrival at Palermo’s airport, you will be transferred by private van to your Hotel. Take some rest from the jet lag then in the afternoon dive with a private guide into the heart of the Sicilian capital. A welcome dinner in a Sicilian house will complete the day.A short ride away from your Hotel will take you to Monreale, where Arab-Norman art and architecture reached the pinnacle of glory at the stunning Duomo. 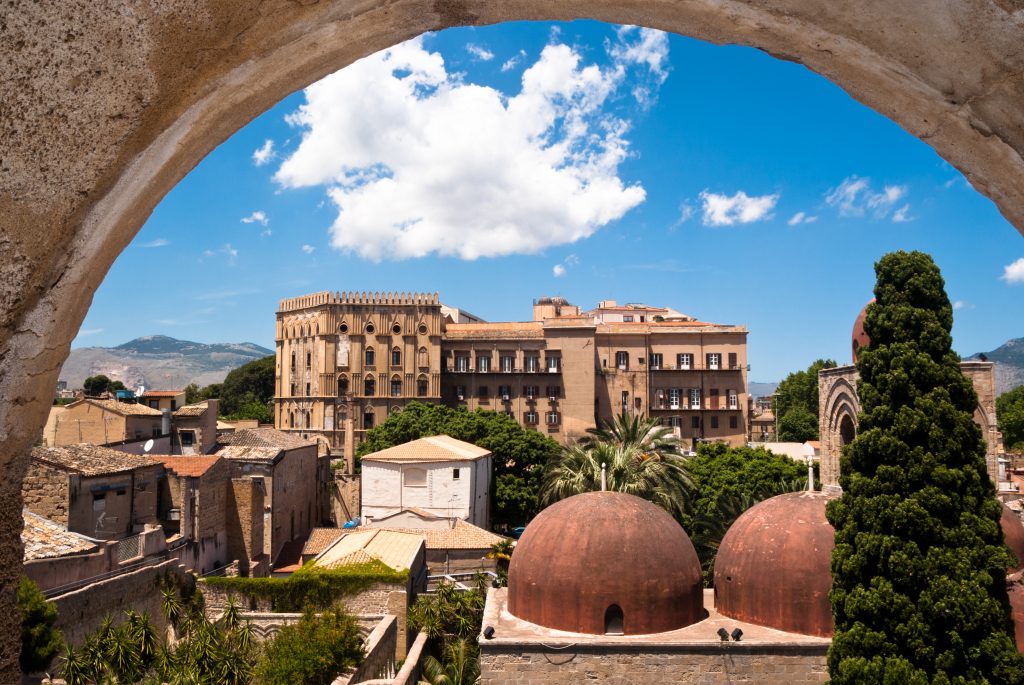 The Greek marvels in Western Sicily

Transfer to Segesta for the visit to one of the most beautiful Greek temples still existing. On a hill just outside the site of the ancient city of Segesta lies an unusually well preserved Doric temple,  built in the late 5th century BC. On your way to Agrigento stop in Selinunte, to admire the largest archeological area of Europe: the site includes 7 Temples, some in good condition, built according to strict Doric order, the oldest Greek architectural style, and many other sites of interests. In the morning reach Agrigento for an incredible tour of the Valle Dei Templi’s archeological site where you will admire the finest of all ancient Greek sites, with a complete Doric Temple. It is one of the most outstanding examples of Greater Greek art and architecture and is one of the main attractions of Sicily as well as one of the largest archaeological sites in the world. The monumental ruins of ancient Akragas represent one of the most important archaeological complexes in the Mediterranean area. Visit then the medieval center of Agrigento: strolling along the alleys of the old town reaching the Cistercian Monastery where, among Baroque stuccos. 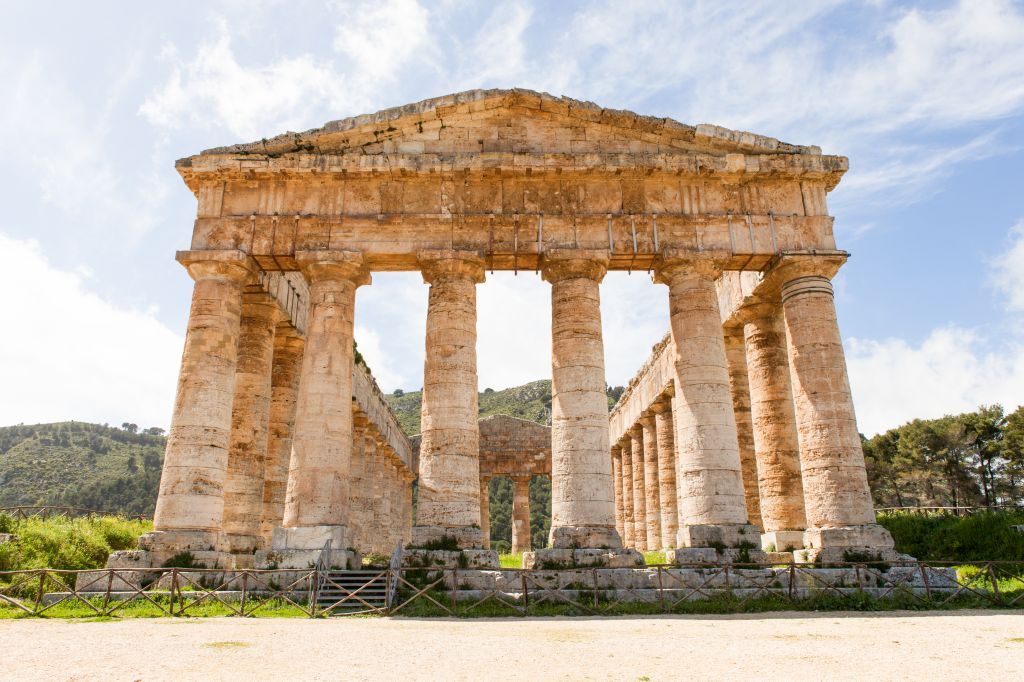 Splendors of central and eastern Sicily

Today the first stop will be Piazza Armerina where you will visit the archaeological site of the Roman Villa del Casale whose stunning mosaics are listed as part of the Unesco heritage. In the afternoon continue to Caltagirone where you will visit the world-renowned ceramics laboratories. Here you can read the history of Sicily through the ceramic. Cooking is an art, especially in Sicily. Recipes from this region have traces of several civilizations such as the Arabian, the Norman, the Spanish and the Greek and blend precious scents and flavors coming both from land and sea. Prepare some of the many Sicilian delicacies. For the afternoon a private guide will show you the beautiful town of Siracusa. Visit then Taormina that lies in an elevated position of amazing, almost unique beauty, affording magnificent views combining sea and sky of a marvelous blue and miles of a curving coastline and picturesque mountain scenery. Visit the most impressive monument of the city: the Greek-Roman Theatre often considered having the finest site of any theatre in the world and one of the most striking monuments of antiquity. 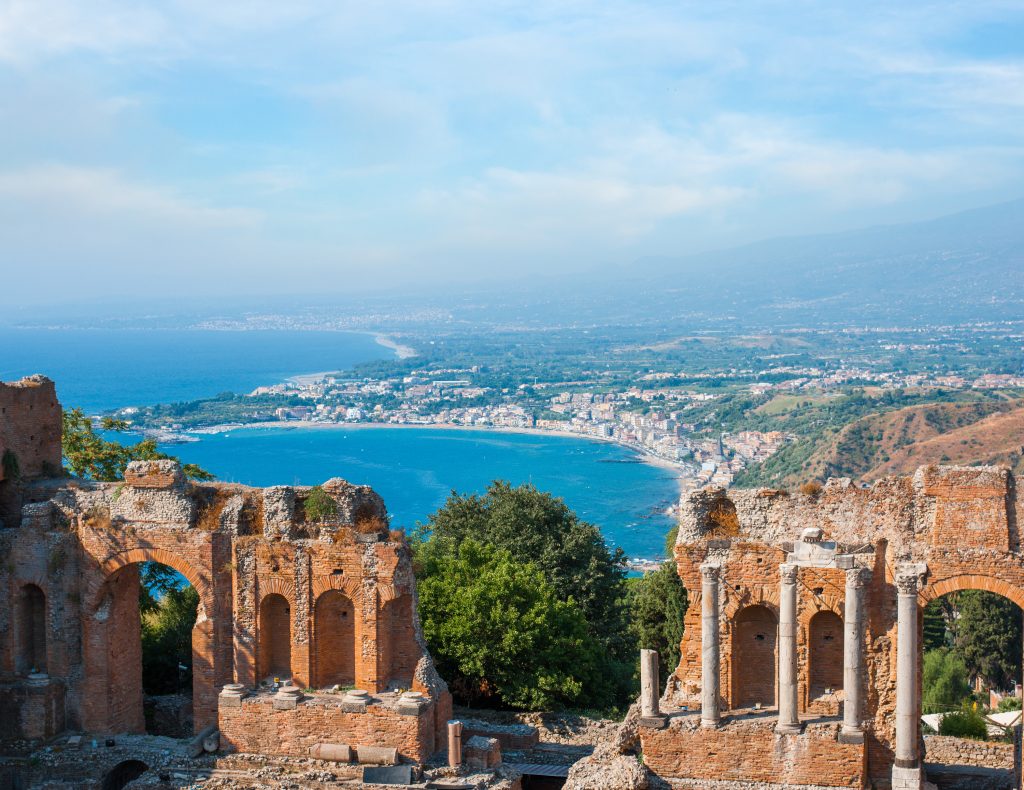 The greek capital and cruise the mediterranean

Travel to the greek capital and Enjoy a fascinating walking tour in Athens among its history and taste the specialties the markets and the local producers offer. Leave Athens and drive South West until you reach the Corinth Canal which connects the Aegean Sea with the Ionian Sea. Drive on and visit the ancient town of Corinth where St. Paul lived and preached for two years. The remains of the City, which include the Agora (marketplace) and Apollo’s Temple (6th century B.C.) clearly show how rich and important Corinth was in Ancient Times. A short stop at the Site of the Ancient Port of Cehries, where St. Paul disembarked, will conclude the visit. Spend a day in cruising the Mediterranean islands of Hydra, Poros, Egina. 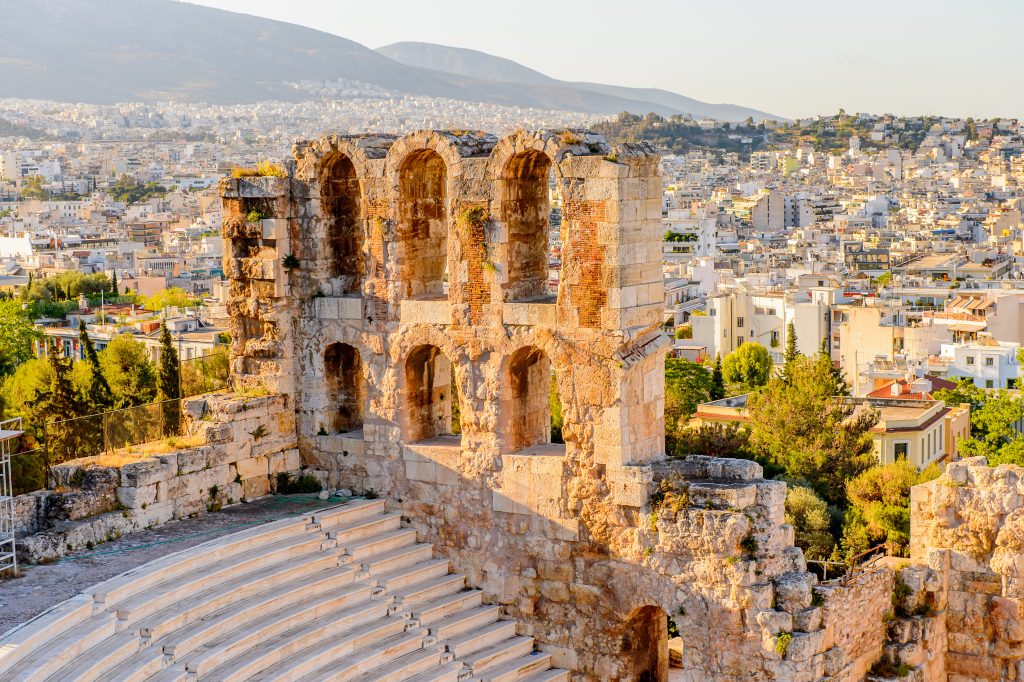 The marvels of Crete

Fly to Heraklion airport on Crete Island. Upon arrival in Heraklion, you will take a private tour of the local Minoan museum and Knossos. This tour provides the opportunity to combine a journey in the past, by visiting the palace of Knossos, the most important archaeological site of the island, getting a taste of the prehistoric Minoan culture, the first elaborate European civilization and a short walk to the city center of Heraklion, the vibrant capital of Crete, a place where you can feel the vibes of modern life and to travel back in the Venetian and Ottoman period by walking among the ancient monuments. Head to Rethymno, a combines rarely united features: the old town’s charm and history, with proximity to a long sandy beach. A Venetian harbor area is a fine place for a coffee at one of the cafes and perhaps you will chance to eat there, just for the atmosphere. Do not miss visiting the Venetian Fortress perched on a rock overlooking the harbor and stroll in the historical center around Rimondi’s fountain. Proceed then to Kournas Lake, the only freshwater lake in Crete. 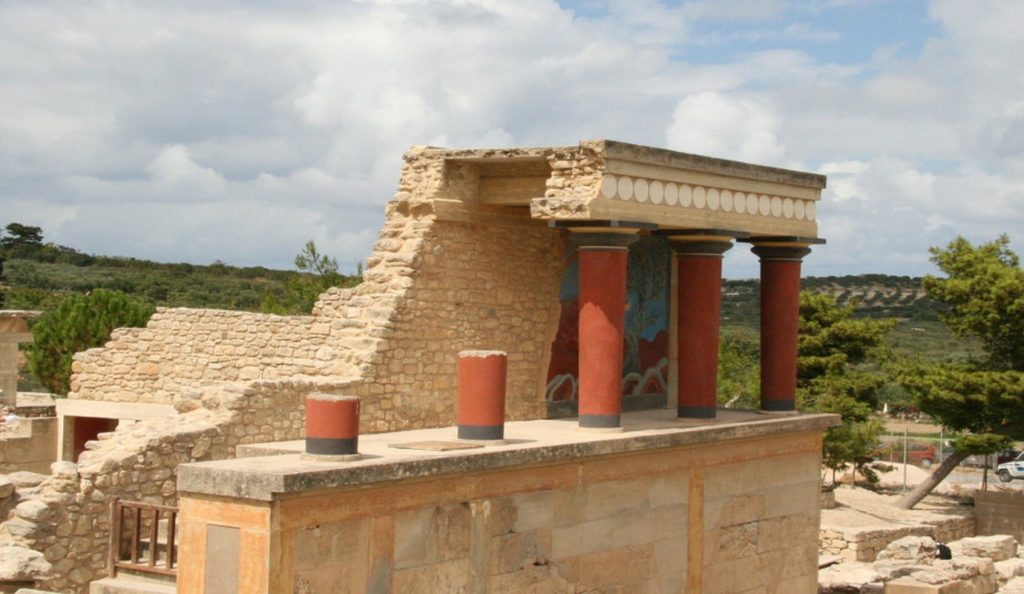 buy cialis online
We use cookies to ensure that we give you the best experience on our website. If you continue to use this site we will assume that you are happy with it.cialis soft tabs uk