Home / THINGS TO DO IN PADUA

THINGS TO DO IN PADUA

The city of Padua is a delightful city which is famous for St. Antony of Padua and holds great pieces of art by Giotto, it has been the setting of Shakespeare comedy “The Taming of the Shrew”, and furthermore is the birthplace of one of the oldest university of the world.

The Basilica di Sant’ Antonio, located in Piazza del Santo enshrines the relics of the City Patron St. Antony and is a massive pilgrim destination. The church has gothic and roman elements and the inside is decorated with frescos and bronzes of Donatello, who is also the author of the equestrian statue located in front of the Basilica.

A short distance away is the Orto Botanico (Botanic Garden), founded in the 16th century is the oldest academic botanical garden which is still in its original location; plants were cultivated with curative and medical purpose, nowadays it contains 3500 different species.

Nearby is also located the 90000 square meters Prato della valle square, the biggest square in Italy and among the biggest in Europe. In the middle of the square is located the Isola Memmia, grass elliptic section surrounded by a canal and decorated with statues in both edges.

Important highlight of the city is the Cappella degli Scrovegni where you will find a series of forty frescos by Giotto which dates back to the beginning of the 14th century.

Within a stone’s throw is the 13th century church Chiesa degli Eremitani, an example of classic art which contains some early works of Andrea Mantegna, unfortunately some of them have been seriously lost or damaged by a WWII’s bombing. Just behind the church is located the Civic Museum (Musei Civici agli Eremitani) which encompasses an Archeological Museum, a Picture Gallery and a Multimedia Room where you can have a virtual exploration within Middle Ages life and habits, examinations about Giotto’s frescos technique and modern restoration.

The 13th century Palazzo della Ragione (Palace of law) also called Il Salone (Great Hall) was the ancient law court of the city. It was once decorated with frescos by Giotto but they have been destroyed in a fire back in the 14th century, therefore it has been decorated again in the 15th century with more than 3oo frescos depicting zodiac, saints and so on. The palace as a singular hull-shaped wooden roof, furthermore it contains a giant wooden horse, reproduction of Donatello’s statue outside the Basilica. The ground level of the Palace contains several food stands and delicatessen, the palace also split in two the market squares Piazza delle Erbe and Piazza della Frutta renowned for centuries for the quality and freshness of products. 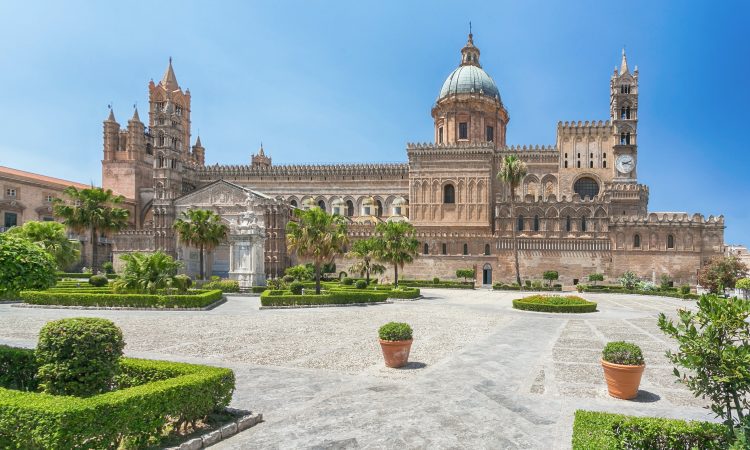