Home / THINGS TO DO IN BOLOGNA

THINGS TO DO IN BOLOGNA

Located between Florence and Venice, the city of Bologna hosts important political, economic and cultural institutions, furthermore it’s in here that in 1088 was born the first University in the world. Bologna has an extended old city centre with its characteristic porchs.

In the Piazza di Porta Ravegnata are located the two towers Torre degli Asinelli and Torre del Garisenda highlights and symbols of the city. The towers have been built in the 12th century by Aristocrats families, the city used to have a lots and their height symbolized the power of the family. Climbing the 102 meters of the taller Torre degli Asinelli you are going to be rewarded with a great panoramic view of the city.

Piazza Maggiore is the biggest square of the city and is where are located some of the most important monuments of the medieval city. The Palazzo Comunale dates from the 14th century and hosts the Communal Collection of Fine Arts with paintings from the 14th to the 19th century and the Museum of San Giorgio Morandi with more than 200 pieces of art of the Bolognese painter Giorgio Morandi.

Dedicated to the city patron’s saint, the Basilica di San Petronio was meant to be bigger than St. Peter’s Basilica in Rome, but it has never been completed due to papal intervention. In spite of it, this massive gothic church remains the fifth biggest church of the world. Between its 22 chapels one of the most interesting is the Bolognini Chapel with some of the greatest Gothic examples of Italy.

In the adjacent square Piazza del Nettuno is located the Neptune’s Fountain, this 16th century fountain is another great symbol of the city. The cherubs are a representation of the winds and the sirens represent the four continents known until then.

Another 13th century church is the Basilica di San Domenico, the namesake chapel contains its tomb, elaborate sarcophagus depicting scene of his life. The tomb has been designed by Nicola Pisano even though the carvings have been made by several artists such as Pisano, Niccolò dell’Arca and Michelangelo.

The Pinacoteca Nazionale (National Picture Gallery) gathers together all the major paintings of the city from the 14th century, including works of Raphael, Guido Reni and Vitale de Bologna.

The 13th century church of San Giacomo Maggiore has been restored in 1722, worthy of attention the Bentivoglio Chapel and the Chapel of Santa Cecilia.

Furthermore, the city has a wide and long-lasting culinary tradition, between its specialties the most famous are Ragù alla Bolognese, meat based sauce usually used to prepare Lasagna or Tagliatelle, Mortadella large sausage flavored with spices and pistachios and Tortellini ring-shaped pasta stuffed with meat or cheese.

Bologna is one of the capitals of Italian gastronomy, with specialties such as tagliatelle with Bolognese sauce, tortellini in brodo, tigelle to go with local prosciutto crudo, salami, mortadella and finally the inevitable lasagna. For a quick and tasty lunch in the city center, we recommend Via Zamboni, the historic street of the University of Bologna: it is a succession of pubs, pizzerias, historic trattorias, places for aperitifs and multi-ethnic restaurants at cheap prices, a destination for young students. Otherwise:
Tigelleria Tigellino. A restaurant specializing in tigelle a few steps from Piazza Maggiore, with tasting menu to taste different variations of this delicious specialty.
Drogheria della Rosa. In a quiet avenue near the center, a place that has maintained the atmosphere and appearance of a grocery store, to taste traditional specialties in a retro setting.
Sfoglia Rina. From a small shop of fresh pasta from the 60s, this place located in the center was born, which brings the classics of the Bolognese tradition to the table.
Botanica Lab. A restaurant-bistro in the center specializing in vegan and raw food at affordable prices.
For an aperitif, we recommend one of the many local places around Via Clavature, or one of these excellent places and restaurants to spend a pleasant evening in Bologna:
Enoteca al Risanamento. A gem in the university area for wine lovers, which is accompanied by delicious gastronomic proposals.
Osteria dell’Orsa. An institution in Bologna, it is a trattoria frequented by university students who offers genuine and traditional dishes in “70s” style environments.
Lestofante. Authentic and refined, it is perfect for those who want to try a typical Bolognese aperitif, with exclusively Emilian products.
Mercato delle Erbe. For an aperitif or dinner different from the usual, a historic fruit and vegetable market where in addition to specialty stalls you will find spaces used for clubs and restaurants.
Trattoria da Vito. A historical place, frequented by the most famous artists of Bologna, but which has kept its simple spirit, also telling the most genuine Bologna through the menu.

Bologna is famous above all for its gastronomy, which includes meats such as mortadella and fresh pasta that you can buy in the various shops scattered around the city. For wine lovers, it is impossible to resist the flavors of the wines of the Colli Bolognesi, including the appreciated Pignoletto, while for the sweet tooth the city reserves some traditional sweets such as rice cake or sugary biscuit.
Bologna also boasts a long and renowned tradition of craftsmanship, with leather products, hats and shoes that have contributed to making Made in Italy famous all over the world. Among artisan shops, high fashion shops and markets, Bologna is spoiled for choice when it comes to shopping. The most popular area is that of the “Quadrilatero“, behind Piazza Maggiore, which includes the elegant Via D’Azeglio with its boutiques of prestigious brands. Born from a medieval market in its alleys there are still historic craft shops, haberdasheries and pharmacies with a timeless atmosphere. Another reference for high fashion is Galleria Cavour, where you will find the stores of Armani, Versace and many others. Via dell’Indipendenza, a road lined with picturesque arcades that leads directly from the station to Piazza Maggiore, is suitable for all budgets. Among the most particular and historic shops in Bologna, I would like to point out:
Antica Cappelleria Malaguti. It is one of the oldest in the city, to visit even if you don’t like hats.
Arteggiando. In the former Jewish Ghetto there is an original shop of handcrafted and made in Italy products.
Furla. A historic 1920s shop that became world famous for its collection of bags and accessories.
Disco d’Oro. For the nostalgic, a stop in the vinyl temple, open since the 70s, cannot be missing.
Libreria Nanni. Among the oldest bookstores in Bologna, it stands out for its stalls full of second-hand books that evoke Parisian atmospheres.
A few steps from the train station is the Montagnola Park, which I recommend you visit if you go to Bologna on Friday or Saturday, when a characteristic and rather popular flea market takes place. 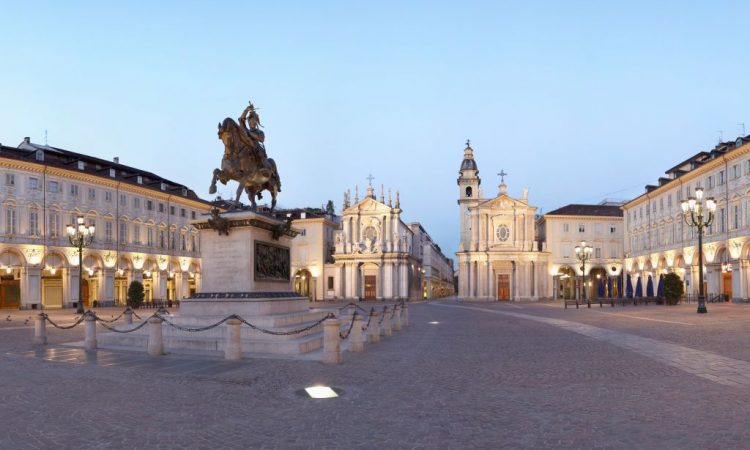 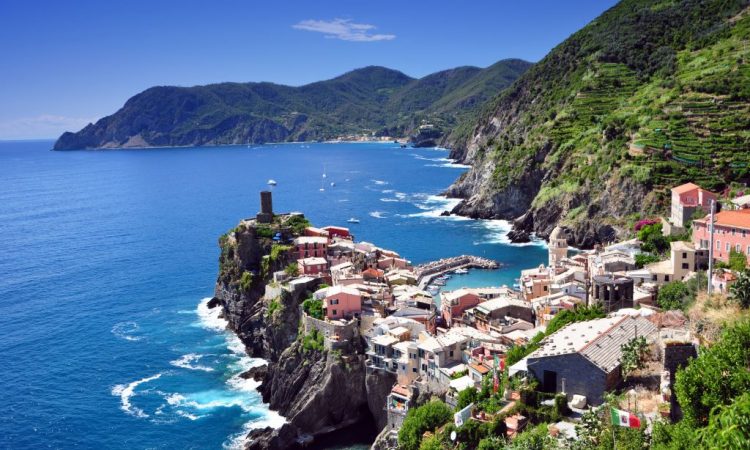 The coastal section of the Italian Riviera which encompasses the five villages of Monterosso, Vernazza, Corniglia, Manarola, Riomaggiore is commonly…